The Ca 'dei Frati company has been known since 1782 as evidenced by a document that refers to "a house with a cellar located in Lugana in the Sermione area known as the place of the Fratti". It was 1939 when Felice Dal Cero, Domenico's son who was already a wine grower in Montecchia di Crosara, in the Verona area, moved right to that house, in Lugana di Sirmione, immediately sensing the high wine-growing vocation of the area. After thirty years of work in the vineyard and in the cellar, in 1969, his son Pietro participated in the birth of the Doc by starting to bottle his first label of Lugana Casa dei Frati. In 2012 Pietro Dal cero passed away leaving the cultural heritage to his wife Santa Rosa and his sons Igino, Gian Franco and Anna Maria who run the company with the same passion and determination. The new purchase of the Luxinum vineyard in Valpolicella represents the return to origins, where it all began. Mutual respect, the union of the family, defined roles and the bond to their territory, on the shores of Lake Garda, represent the real strength of the Dal Cero family. The Ca 'dei Frati treasures the past and looks to the future through a path of research and enhancement of what has been built over 70 years of wines. 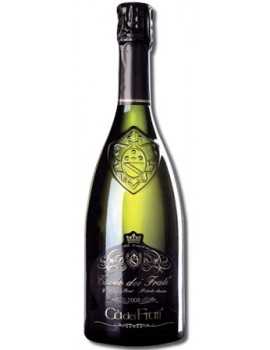 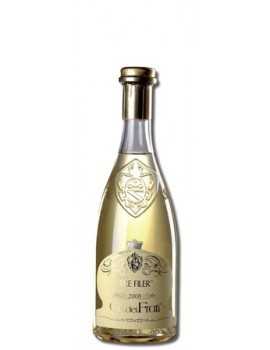 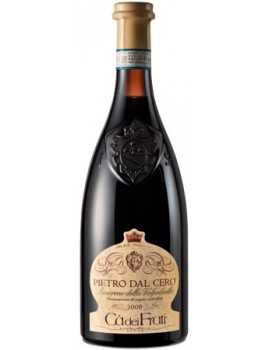 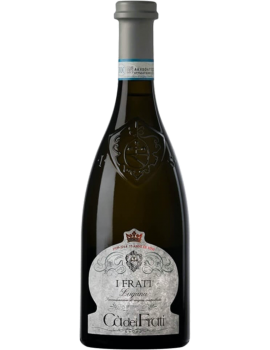 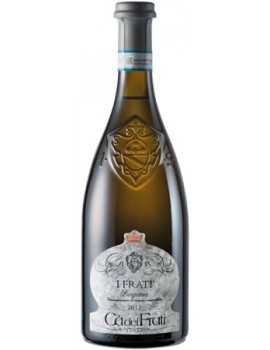 There was a time when the Dal Cero were Veronese. Today Igino, Franco and Anna Maria return to the eastern lands of Verona, the birthplace of their father Pietro, to whom this bottle is dedicated to reaffirm their history and savor the wind of those places.

They do it with a wine symbol of winemaking in the world: Amarone.

At tasting it manifests itself fully in all its complexity.
The nose reveals hints of ripe fruit, peaches, yellow apples, fleshy roses with fresh and balsamic notes.
The palate is enveloped by a strong attack while maintaining all its freshness and elegance.

It is the wine that has made the image of the company known and continues to be. It has the direct line to its variety, the Turbiana, the native grape of Lake Garda. Designed to be consumed during the year, it expresses the best part of itself after many years of bottling.

It is the wine that has made the image of the company known and continues to be. It has the direct line to its variety, the Turbiana, the native grape of Lake Garda. Designed to be consumed during the year, it expresses the best part of itself after many years of bottling.

Marzemino, Sangiovese and 10% of Cabernet make it a wine that can not go unnoticed.
Very rich nose with notes of red fruits, macerated blueberries, marasca in spirit, balsamic hints and jam.
On the palate it is powerful and incisive, clean, sapid, with a nice acidity, a sign of the land benacese.

The southern shores of Benaco have always preserved the tradition of a graceful, fresh and gentle wine like the Rosa dei Frati.
A high-level Chiaretto capable of surprising for its simple authority. Fresh and delicate but incisive, it is able to be the protagonist of the table.