Fattoria La Rivolta ”is in Torrecuso in the province of Benevento in the Rivolta district. Since 1998, the grapes produced in the Cotroneo family vineyards have been vinified in a splendid stone farmhouse that has been renovated and restored with taste and love. It has been equipped with the most suitable equipment for proper winemaking and is constantly evolving and updating. The Cotroneo family has always been involved in various professional and entrepreneurial fields; from banking to industrial to construction, from medical and pharmaceutical to that of thermalism. In the early twentieth century, the farm was born from the passion of grandparents Giovanni and Teresa. By joining their forces and always acquiring new land in the Ciurica, Rivolta and Roseto districts, they give life to one of the largest and most productive farms in the province of Benevento. Upon their death, the more than 120 hectares were divided between the eight children. In 1991 two brothers, Mario and Bruno, decide to unite their lands in a common management; thus the "Ciurica s.n.c." was born. Since 1997, from the passion of Paolo, a third generation exponent, there has been a turning point marked by the quality of the vineyard and projected towards the goal of transforming grapes into wine for the first time, with the aim of entering the fascinating world of marketing. The “Fattoria La Rivolta” brand is born. Since that year it has been a building site in full effervescence, with the sisters Giovanna and Gabriella and their cousin Giancarlo restructuring the vineyard and cellar. The conversion and certification for organic production is obtained. The farm lands are all hilly and calcareous-clayey in nature. There are about 29 hectares of vineyards. Since 1997 they have been cultivated with organic methods and since the 2001 harvest all the grapes produced on the farm are certified organic by ICEA, an authorized control body. Following a precise and gradual program from 1998 to today, about 80% of the vineyard has been replanted. The grapes are all belonging to the Taburno or Sannio doc. The new vineyard was planted entirely in espalier with guyot or spurred cordon pruning systems. The grapes harvested on the farm are white, Falanghina, Coda di Volpe, Fiano and Greco; red grapes are Aglianico and Piedirosso. The cellar, equipped with the most modern equipment, is divided into two structures, one purely technical for winemaking and the other, located inside the ancient farm, where the aging and bottling of wines takes place. 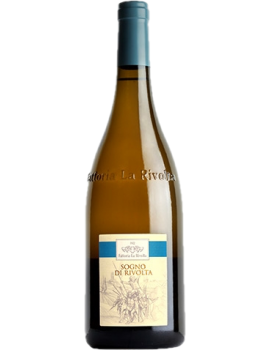 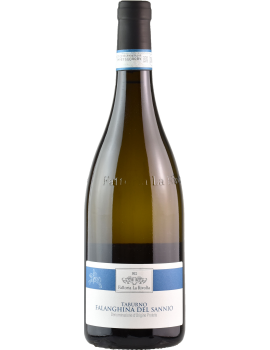 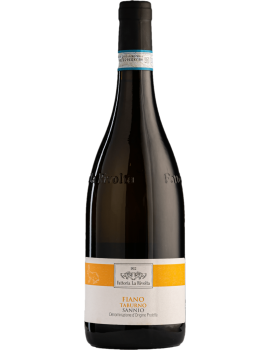 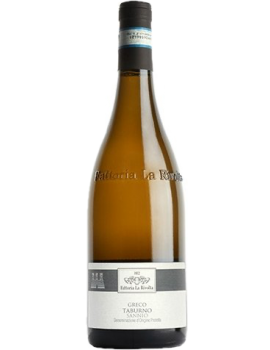 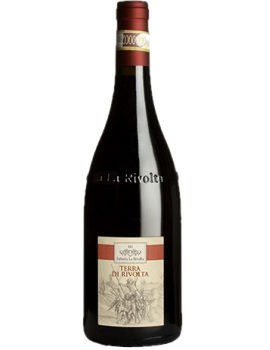 Wine made up of typical Campania vines assembled: Greco, Falanghina and Fiano which after a long fermentation are aged for at least 5 months in barriques giving the wine great body and structure, making it suitable also for long aging.

Falanghina from the Greek-Latin word "Falango", meaning "Palo", since the characteristic of the viticulture of Campania is that of the "Vine tied to the pole", or always from the Greek-Latin term "Falange", giving it the meaning of "Falange ”Of the finger to which one would like the berry to resemble.

Fiano Sannio - La Rivolta Farm | Fiano, a grape called by the Latins "Vitis Apiana" because bees are particularly fond of the sweetness of this grape.

Greco is a grape so named because brought to southern Italy by the Pelasgians of Thessaly in the 8th century BC It is also called "aminea gemina" for the twin form of small bunches.