Cascina Ebreo is not just the name of a winery where wine is made: it is an indomitable spirit, the anarchic and free interpretation of a production philosophy. Peter Weimer - called Pete or / pit / in a phonetic key - is a Swiss computer scientist with a passion for wine who has long cherished the desire to change his life. He frequented the Langhe as an enthusiast for a long time and then, falling in love with it, he moved there to become a winemaker. The place is Novello, near Barolo. There, in 1992, Pete found and bought three hectares of vineyards to be restored and an old farmhouse known since the 1800s as Cascina Ebreo. The work in the farmhouse and in the vineyard comes to an end and Pete starts making wine with the support of winemakers friends. The outcome, however, does not satisfy him: the result of the conventional cellar techniques on which he was recommended does not reflect his concept of making wine, his personality in the glass. For him, wine is a living and expressive material, not an exercise in style. 1997 is the year of change, the moment in which Pete decides that it should be the Novello terroir that speaks, that it is that calcareous and sandy soil that has its say, letting the wines show their character once ready without being conditioned from traditions, fashions and disciplines. "Punk" wines - as Pete likes to define them in musical terms - in which only the vineyard and the territory can be heard, strong wines even of their own imperfections. Great attention in the vineyards, very healthy grapes, no systemic treatment, spontaneous fermentations and time: these are the ingredients of the only "recipe" that Pete uses to make his sincere and anarchic wines. The wines of Cascina Ebreo gradually become icons, rare bottles for a few enthusiasts until after 20 years, in 2012, Pete decides to leave his job in Cascina Ebreo, passing the baton to the property of Réva, a winery in Monforte d'Alba. It is now the task of Oenologist Gabriele Adriano, with the help and supervision of Pete, to interpret and carry on the philosophy of Cascina Ebreo. 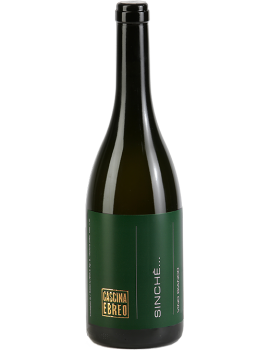 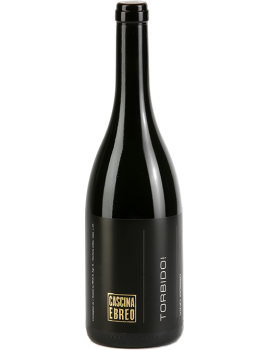 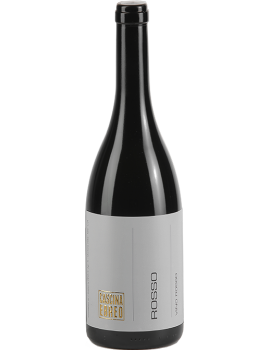 100% Barbera (from a parcel of about 0.5 ha) Vinification and maceration in steel then aging for 24 months in used tonneaux 2,500 bottles produced approximately

100% Sauvignon Blanc (from a parcel of about 0.3 ha) Fermentation and aging for 12 months in used third and fourth passage barriques 2.000 bottles produced about

100% Nebbiolo Vinification and maceration in steel then aging for 5 years in used tonneaux 1,500 bottles produced approx.