The history of the Capannelle farm began in 1974. The first label dates back to 1975: it is a table wine that simply takes the name of Capannelle. In 1986 the experimentation on white wine began: after two years the Capannelle Chardonnay was fermented and born in barrique. 1988 was characterized by an extraordinary harvest in Tuscany. This pushes Raffaele Rossetti to realize an extraordinary idea, that of combining the Sangiovese di Capannelle with a Tuscan Merlot.

50 & 50 was born from the meeting with the Avignonesi di Montepulciano farm, produced by the blend of the two wines. 1990 marks the birth of another great Capannelle wine: Solare, born thanks to the collaboration with Giorgio Pinchiorri. In 1997 Capannelle was purchased by James B. Sherwood, with the aim of developing the company's growth potential, as well as its presence on international markets. 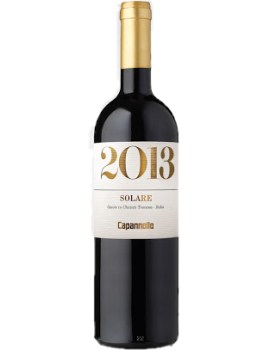 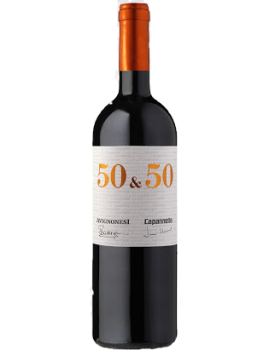 Intense ruby ​​red with purple reflections. Fruity nose, with notes of raspberry, morello cherry, tobacco and cocoa. On the palate, you can feel the typical minerality of the area characterized by sweet and elegant tannins.

The 1988 harvest was extraordinary for Tuscany, an event that prompted Raffaele Rossetti to want to realize an innovative idea by combining the Sangiovese di Capannelle with a Merlot grown in Tuscany. Merlot produced by the Avignonesi di Montepulciano company is selected. Thus a great red wine was born on 50 & 50.

Ruby color, with garnet reflections, limpid. Intense nose, with hints of cherry and red fruits. Innovative and balanced, with strong aromas, sweet tannins that release a long and persistent finish.