Henri Giraud Champagne House has ancient origins. Founded in 1625 by the Hémart family in Aÿ, the company developed in 1900 with the union of Madeleine Hémart and Léon Giraud. Léon recognized the excellence of the land and replanted the vineyard destroyed by Philossera. Today Champagne Henri Giraud is led by the twelfth generation of Hèmart-Giraud with Claude Giraud, oenologist with studies in Burgundy, who has made Champagne Henri Giraud one of the best Champagne Maison in the world. The company now produces around 260 thousand bottles of the anus, for 50% of the Esprit Nature cuvée. 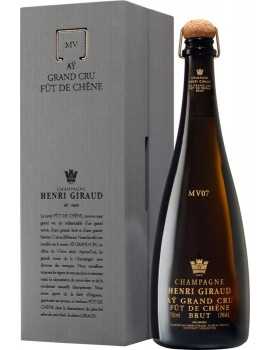 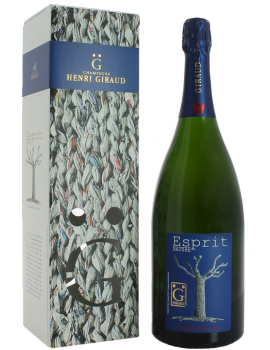 Intense golden yellow with amber reflections. The nose is elegant with notes of peach, honey, brioches and toasted hazelnuts. The palate is intense with notes of dried fruit with a long savory finish.

The heart of the MV13 cuvée is based at 70% on the 2013 vintage fermented and born for 12 months in wooden barrels of the Argonne forest, to which is added a 30% reserve wine aged with solera method. After foaming, it rests in the bottle for at least 6 years before disgorging.

The cuvèe is a blend of 80% Pinot Noir and 20% Chardonnay, using a 50% reserve wine and aged in the bottle for no less than 18 months. Golden yellow in color, the nose has hints of pear and peach that are mixed with notes of vanilla, white pepper and citrus fruits. On the palate it is initially fresh to then continue with mineral and biscuit notes.